This is a guest post by Keiichi Matsuda, who is a freelance designer and filmmaker. You might know him as the creator of the Augmented (hyper)Reality videos: Domestic Robocop and Augmented City (3d glasses suggested). If you didn’t, now’s a good time to find out.

Imagine the cyborg an augmented ape, a technologically enhanced being. It invents and uses technologies to extend its nervous system, its reach and influence: cellphones / computers / the internet / communications infrastructures / transport / TV / pharmaceuticals / weapons / politics / printing / money / standardised time. It is shaped and defined by its tools; developing new technologies allows it to reach and explore new territories and perspectives. 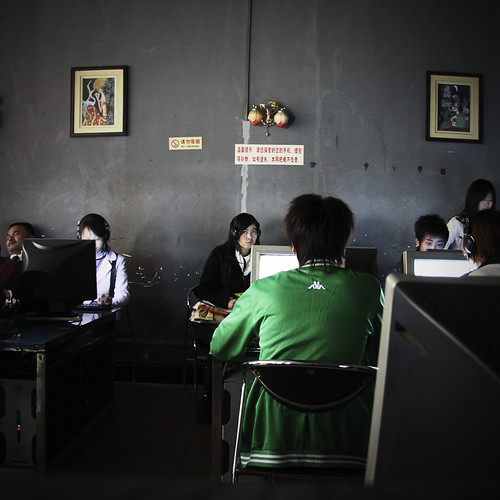 The premise of the cyborg infers that posthuman evolution is taking place with every new technology; that the human being is in a constant state of flux, changing shape as technology advances. We are at point X in a continuum of cybernetic evolution, and will continue to evolve according to the pace of technological innovation. Our particular genus is distinct in behaviour from even the cyborg of a decade ago, and the cyborg of 20 years ago is further removed still.

The latest model of cyborg, CY-2010, is of genus electronomad. It shares characteristics and is built on similar tools as its predecessors, but the important additions of mobile technology, WiFi and the cloud have made it more mobile, more agile. It is finding new ways to inhabit and use the city, and the city is adapting to support it. This is a practical mini-guide for designing the cities of today’s cyborg. 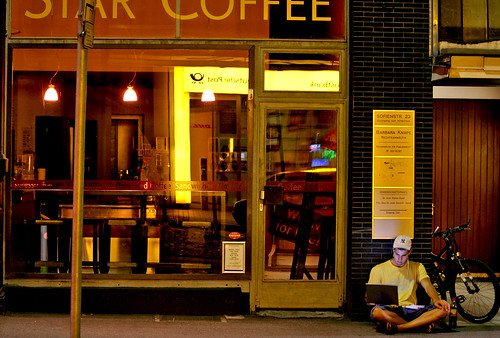 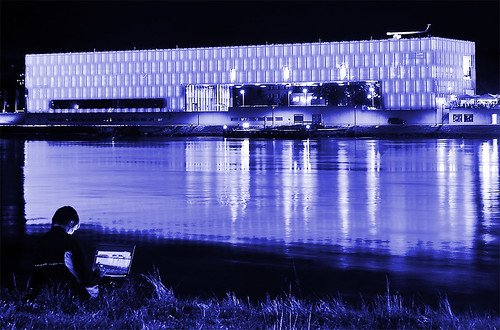 Imagine the city. It is the habitat of the cyborg, and is built to support the activities of its inhabitants — as the cyborg is constantly evolving, so too must our built infrastructure. We must ensure the compatibility of our cities for CY-2010 and forthcoming models, and stop creating redundant and limiting spaces that answer to an older genus. We have the opportunity now to create a city that is tuned to our occupation of it, not through megastructures and skyscrapers, but through infrastructure and technological integration. This requires an understanding of the cybernetic occupation of the city; we can abandon fixed utopias and start to understand the cyborg and the city as organic entities that can never be completed or perfected. This is the challenge that the city is facing now: it can be an exciting, inspirational and joyful space that enriches and supports life, but it is up to us, the CY-2010, to make it a reality.