There is a stupid but recurring joke that we should give fake bluetooth headsets to the homeless. That way, when they talk to themselves they won’t seem crazy. The Washington Post covered this important issue, back in 2006. “[It’s not] always easy to tell which is which,” says staff writer Darragh Johnson, “in the game of Crazy? Or cellphone?”

What’s so interesting about this joke is the story that it tells about discomfort and avoidance. It’s an instance of the same forces that drove shoppers into the arcades and then city-dwellers into the suburbs. There is a quest for the safe, sanitized, and predictable environment, for being around only people who know and play by the rules. The game of ‘Crazy? Or cellphone?’ is a marker of the discomfort around a shifting etiquette of public behaviour. It used to be that people talking to themselves were crazy and thus safely dismissed. Now, the upwardly mobile display the same behaviour. Indeed, they have many of the same reasons for doing so. They aren’t all here. They are communicating with disembodied voices from somewhere else.

Six years after WaPo needed to spend a paragraph of a piece about cellphones explaining what Bluetooth is (“a short-range wireless technology that creates ‘personal area networks among your devices, and with other nearby devices,’ which sounds vaguely kinky”), we still haven’t come to grips with talking in public. In that strange way that public etiquette gets collectively decided, the consensus seems to have landed on headsets being the province of people who are trying too hard, while constant texting or talking with a phone held to your ear is mostly OK. I think this is interesting. 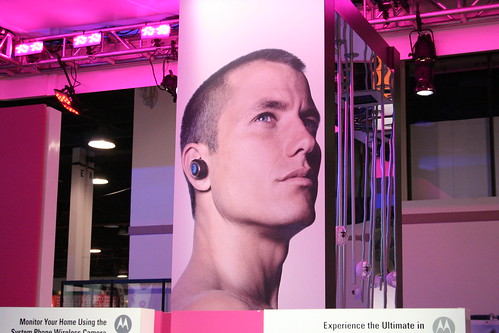 Last night, Homeless Hotspots blew up. The program works like this: BBH Labs, a marketing company, bought a bunch of 4G MiFi devices. They gave these and a bunch of t‑shirts with instructions printed on them to some homeless people in Austin. If you are visiting SxSW, you can find one of the Homeless Hotspots and pay what you wish for an access code. The devices were provided free of charge and the participants keep what they’re paid.

Broadly, the tenor of the reaction has ranged from “this is terrible” to “this is everything that’s wrong with SxSW”. Responses were fast and pretty much uniformly condemnation. It feels visceral. I think this is interesting too.

At the same time that Homeless Hotspots was going down, FedEx was paying people in uniforms to go around as walking batteries. The tenor of the coverage of that seems to be more in the “this is strange and wacky” register. I think the contrast in responses is extremely interesting.

Homeless Hotspots’s website pitches the project as a high tech evolution of the street newspaper format. Nobody reads those papers anyway and besides, print media is dying. Why not give homeless people access to a business that provides a service that people want? For an excellent primer on some of the troubling backstory, read Tim Carmody’s reporting.

There’s something really disturbing about the homeless hotspot. It suggests a lot of imagery around data mules and servants carrying things for their master. It evokes rickshaw drivers and Sherpas. It marks a clear difference between the digital haves and the haves-not. One connects and is an actor with agency and an email queue. The other is weirdly reduced to passivity, acting only as a dumb pipe. They must stand around at your pleasure, while you drain their batteries. This feels wrong. It feels exploitative. 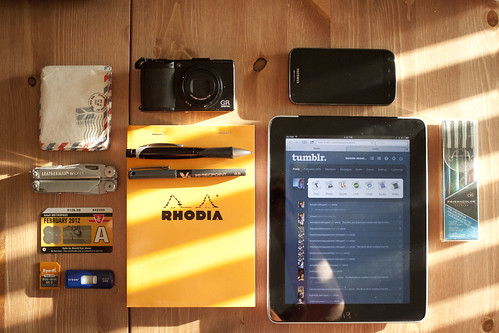 We are faced again with the forces that drove shoppers into the arcades and city-dwellers to the suburbs. One of the intended effects of the campaign would have been to sanitize the homeless participants. The street newspapers give homeless people a media outlet; they also give homeless people a socially acceptable reason to be on the street. They aren’t vagrants anymore, they’re paper sellers. Homeless Hotspots gives its participants a crisply designed t‑shirt and a service to sell. Again, they gain a reason to be on the street.

Business Insider interviewed one of the participants, Mark. “It’s like owning your own company for a few days,” he says. Homeless Hotspot transforms Mark into a knowable element. He’s just another salesman hawking a service. He’s safe to approach now. He has a job to do. The etiquette of engaging with or ignoring salespeople is well understood.

Instead, the discomfort was exacerbated. The desired context shift failed to occur and instead of neatly fitting into the crazy world of SxSW, Homeless Hotspots shone an uncomfortable light on it. It’s worth asking why the reaction is so different to the FedEx battery chargers and the Homeless Hotspots. It’s tempting to run thought experiments. What if the project didn’t have ‘Homeless’ in the brand name? What if the story we’d been woven was just about entrepreneurial participants offering 4G service? What if they had crisper uniforms? What if they were Girl Guides? What if they were drones? 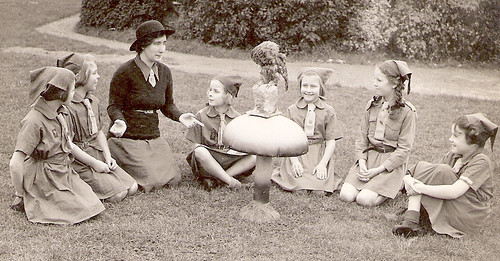 What if the people behind it weren’t in marketing? What if it wasn’t at SxSW but an Occupy protest? What if there was no financial transaction involved? What if it was an art project and the cost of access was simply speaking with the homeless participant like they were a human being for 5 minutes?

What if instead of boring 4G MiFi units, they’d been furnished with the highly experimental seeds of the technomadic mesh network that would one day grow to be Douglas Rushkoff’s Next Net, home of Bruce Sterling’s Regulators. The early adopter’s post-corporate reputation-based economy, payable only in Wuffie & Bitcoins?

One of the most symbolically pernicious things about Homeless Hotspots as implemented is that the participants are given a portal with no key. People who possess pocket computers and laptops can get online, but the participants aren’t given the means to get online themselves. Imagine if BBH had reimplemented Underheard alongside Homeless Hotspots. In that universe, I imagine a torrent of posts praising their efforts to give the voiceless in Austin a voice. I imagine headlines like ‘How BBH Labs is Reinventing the Street Newspaper’ with approving links to the new content stream.

Even if, like the paper, no one actually read it.