It’s kind of late as I write this. I’m trying to get it done quickly because through my window I can see the dormant construction machinery that’s going to be startling me awake in a few hours. Annoying? Yes, but a daily reminder that cities change. All the time. 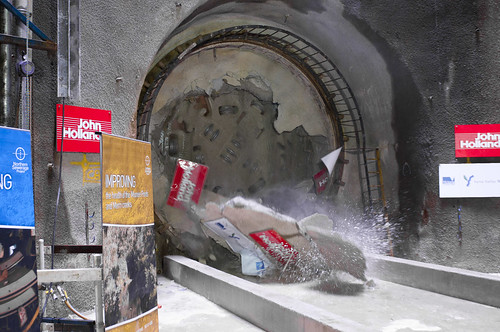 This is especially useful in the context of an administration that seems bent on stalling or preventing change at all. The current mayor is hard at work trying to undo an already-funded plan to develop a network of light rail. He characterizes that plan as part of a “war on the car”, a war he’s declared “over”. The cars won, apparently. In the mayor’s defence, he is proposing a new subway line, itself a project of massive cost and scale.

With Jacob Zimmer and Small Wooden Shoe, I’m proposing a bigger one.

Upper Toronto is a science fiction design proposal to build a new city in the sky. The CN restaurant might be ground level, or imagine a city sitting on top of the Bay Street towers. When Upper Toronto is finished, all residents of will be relocated upwards and Lower Toronto will transformed into some combination of intentional ruin, national park, and farmland.

This is, of course, a terrible idea. But it is a terrible idea that lets us imagine and perform about the kind of city we’d want if we could start fresh.

Most artists dream of making some kind of world changing art. Most actors dream of a world changing performance. One of the things that drove the development of Upper Toronto was the realization that there is another group of people engaged in something very much like theatre who regularly do change the world.

An architect or a developer walks into a room and stands in front of a zoning board; an investor’s panel; a community group. They mobilize an all singing, all dancing cast of Power Points, brochures; blueprints; models; documents. If the performance succeeds, a house; a block; a neighbourhood is razed and in its place, something new. There is a performance and then the world is changed. 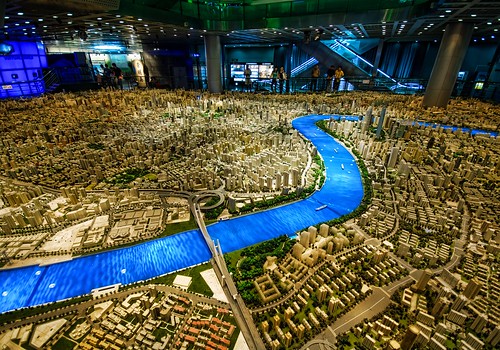 Upper Toronto is a piece of theatre that mirrors the real process of development. We’re going to try to create the kind of city that the people of Toronto would love to live in. To be successful, it’s going to require a lot of engineering, architecture, public policy, urban planning, health protocol development, and myriad other kinds of design. We’re going to conduct community consultations, hire expert consultants, create sketches, plans, and models.

When it is done, we will unveil it and try to sell it. The final form of the project is a presentation centre where real estate salespeople engage the public and sell them on our crazy proposal.

Upper Toronto will be full of ideas that will never be implemented. If we do it right, it will prompt a lot of people to ask, “But why not?”

The first community consultation for Upper Toronto will be a working dinner at the Rhubarb Festival on Sunday, February 27th at 7pm. You should come.