Intelligence with a Data Plan

In the summer of 2009, I was in San Francisco for the first time and on my way to meet Alexis Madrigal and Sarah Rich for a drink. Equipped with only a photocopied map and a dumb cellphone, I got off at the appointed BART stop with instructions to head south and no idea which way that was. Ever the intrepid explorer, I worked out the solution using the phone’s clock, the map, and the location of the sun. That’s so remarkable that it’s worth saying a second time: In 2009 in a major metropolitan area, confused and disoriented I resorted to navigation by the sun. 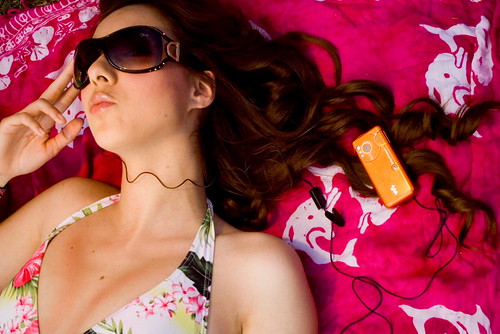 Here’s how that story goes in Edmonton, a city with which I am equally unfamiliar: I get off at the appointed stop, pull out my smartphone, put in the address, and the phone works out where I am and points me to my destination.

We already have prototypical versions of that to some degree. Just about everyone uses a calculator for simple math, many of us offload scheduling memory to a physical or digital calendar — that’s all elementary “everyone’s a cyborg” stuff. Expect this to intensify. The promise of intelligence in the cloud is that we get access to terabytes of data as needed, and that this access will make us better whatever it is we are trying to be.

Here’s how the San Francisco story goes in 2002: I get off the BART and my hosts are waiting to meet me, because they know it’s easy to get turned around OR I get off the BART and see the local landmark that I was careful to ask my hosts about, so that I could situate myself when I emerged from the station. In 2002 this is a natural part of the flow of planning. In 2009, it doesn’t enter into consideration until it’s too late. There’s an assumption by everyone involved in the planning process that getting from the exit to the bar is a solved problem, so it isn’t discussed.

Here’s why this is interesting: As knowledge and information move further and further away from being something we have towards being something we process, we become increasingly reliant on the machines that enable this relationship. Having knowledge becomes an increasingly contingent and fragile state. As this stuff advances, there comes a point when the connectivity becomes mandatory instead of optional and unconscious instead of controllable.

This is the wild extreme of the transformation of intelligence documented in Lyotard’s The Post Modern Condition.

We may thus expect a thorough exteriorisation of knowledge with respect to the “knower,” at whatever point he or she may occupy in the knowledge process. The old principle that the acquisition of knowledge is indissociable from the training (Bildung) of minds, or even of individuals, is becoming obsolete and will become ever more so. The relationships of the suppliers and users of knowledge to the knowledge they supply and use is now tending, and will increasingly tend, to assume the form already taken by the relationship of commodity producers and consumers to the commodities they produce and consume.

Looking ahead to a time when these machines are more thoroughly integrated, we end up with some profoundly weird consequences. Travellers become literally less intelligent when they leave their coverage area, relative to their connected hosts. A civil emergency occurs because a brief service outage leads to a poor decision by a plant manager. Data corruption causes a segment of customers to suffer a kind of patchwork amnesia. Rumours abound of hackers able to execute man-in-the-middle attacks that allow them to lift and shift memories. Parents and school administrators spar over what constitutes fair or unfair augmentation when it comes to state testing. Augmented students stripped of their connections fare far worse than their have-not peers. When the machines are active, the scores are very different.

For a glimpse into your connected future, consider the case of Steve Mann, wearable computing pioneer. He’s been connected to various devices for the past 20 years and has become used to a computer-mediated relationship with the world. At the height of post 9/11 security paranoia, some overzealous airport guards decided they needed to see his rig removed. In the process of the inspection, some equipment was damaged and all of it torn off his body.

Without a fully functional system, he said, he found it difficult to navigate normally. He said he fell at least twice in the airport, once passing out after hitting his head on what he described as a pile of fire extinguishers in his way. He boarded the plane in a wheelchair.

By Lisa Guernsey At Airport Gate, a Cyborg Unplugged for the New York Times

If misplacing your cellphone gives rise to a panic beyond what would be reasonably expected for a few hundred dollar expenditure, you are beginning to get there. If you no longer remember addresses, you simply refer to a slip of paper, you are well on your way.