In 1997, a real-estate bubble driven by financial speculation in the Asian Tiger economies reached its peak and burst. The resulting crash sparked international panic, threatening to bring down the world economy. In Thailand, construction halted on dozens of massive projects. 13 years later, those buildings are still standing.

Ban Phe is a fishing village about 2 hours outside of Bangkok. Look it up in travel guides and they will confidently tell you that the only reason you’ll be there is to catch a ferry to Ko Samet, a popular vacation island. There are at least 7 massive resorts within a 15-minute scooter drive. Nearly all are unfinished and abandoned. They tower incongruously over the countryside. The total capacity would have been in the tens-of-thousands.

The Skyscraper Index posits that record-breaking construction projects are indicators of an irrationally exuberant economy and harbingers of doom.

Up close, the Thai resorts are being slowly reclaimed by the jungle. 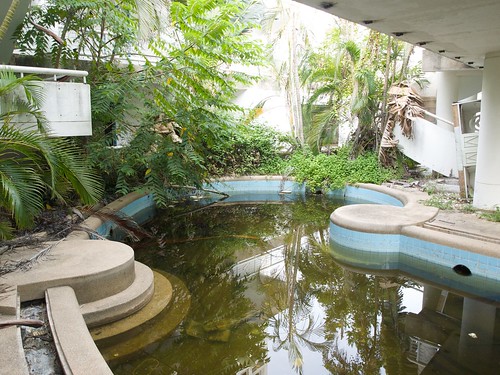 These are not slap-dash projects. They were well funded and carefully designed. They would have been nice places. Rooftop patios overlook what would have been ornate pools.

*We’ve long had a term of art for old buildings that are ruined: they’re called “ruins.”

*However, we lack a term of art for “ruins” that are actually buildings never completed. Sometimes they’re completed buildings that are never sold, and therefore they start falling over before they were ever inhabited. This would be the American real-estate bust version of the phenomenon.

*Another version is the abandoned, incomplete high-rise. Commonly a steel and cement framework is erected (because that’s pretty easy), and then there’s some legal or economic brouhaha and the builders just down tools and walk off. In Brazil a skeleton framework of this kind is called a “squelette.” 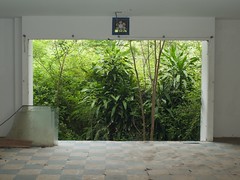 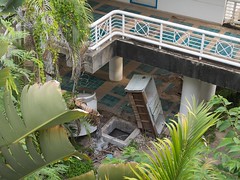 The post-apocalypse is a comforting fantasy. It implies that things will only ever get that bad due to catastrophe. We say Detroit looks like a post-apocalyptic city because we are really bad at conceptualizing decline. Detroit got that way gradually.

“How would it look if it had just slowly fallen apart?”

What would it have been like to live through the fall of Rome? You’d have been very old. The decline of the Roman Empire took 320 years. That’s 12 generations of people. Did each generation say that things used to be better in the old days? They were right, I suppose.

When then end came to Thailand’s boom, somewhere an architecture firm — perhaps specializing in premium exotic locations — quietly removed all reference to certain projects from their portfolio. 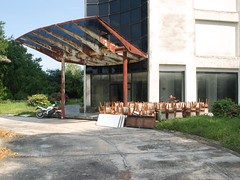 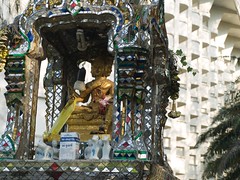 In Towards Hackable Architecture, Ethan Zuckerman considers the problem that architects face when they are asked by people with more money than sense to envision insane projects, in this case, building a hotel that is “Dubai meets Disney in Dakar”.

Many of the teams fought the question, arguing that the goal was to persuade the developer that the only way to compete in a global market was combining luxury with responsibility. But my favorite response came from an architect who referenced the ideas of creative reuse in my talk and said, “Build the hotel. Assume it’s going to fail and be left to fall apart. How do you build a building so that it can be hacked after the fact?”

*Occasionally squatters move into “squelettes” and bring in some breeze-block, corrugated tin and plastic hoses, transforming squelettes into high-rise favelas. This doesn’t work very well because it’s tough to manage the utilities, especially the water. 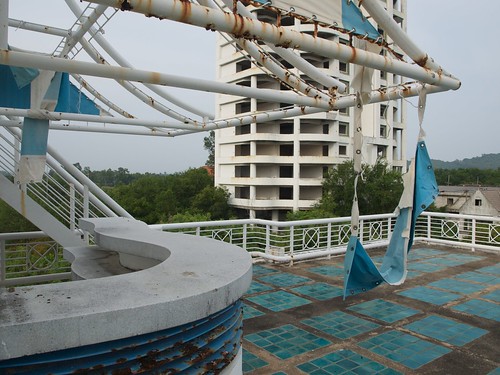 There are many more ruins than there have been cataclysms.