By now, the dangers of talking or texting while driving are well documented and understood. It turns out that cellphone use impairs driving whether or not you use a hands-free device. More and more jurisdictions are banning the use of cellphones in cars, yet we don’t ban talking to passengers. In fact, talking to a passenger seems to slightly lower the risk of getting into an accident. Why? 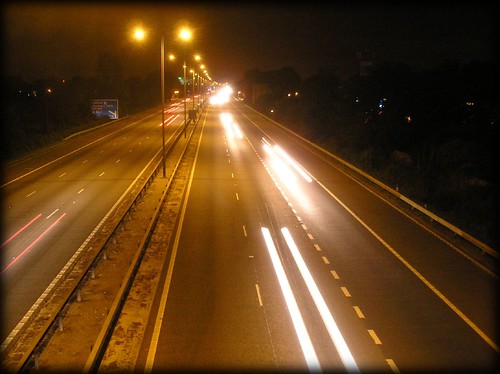 One of the suspected reasons that cellphones are so dangerous is that the person on the other end of the call isn’t aware of what’s going on on your end. Unlike a person in the passenger seat, your cellphone companion doesn’t know when to shut up because traffic’s gotten complicated, or to exclaim because something’s stepped in front of the car.

The context-blind idiot yammering in your ear makes you literally stupider.

There is only so much attention to go around, and the continual act of choosing to ignore extraneous inputs is taxing. It’s more taxing in busy environments, which means that cities are distraction machines that kill your memory and weaken your willpower.

Working in a distracting environment makes it harder to focus, and harder to maintain discipline. It may well be that your urban lifestyle is the reason you are eating all of those potato chips, buying stupid tchotchkes, and failing to keep up on your Great Books reading list.

Cyberneticists have understood this for decades. Here’s Clynes and Kline on the reasoning behind their insistence that cybernetic enhancements be unconsciously managed.

If man in space, in addition to flying his vehicle, must continuously be checking on things and making adjustments merely in order to keep himself alive, he becomes a slave to the machine. The purpose of the Cyborg, as well as his own homeostatic systems, is to provide an organizational system in which such robot-like problems are taken care of automatically and unconsciously, leaving man free to explore, to create, to think, and to feel. 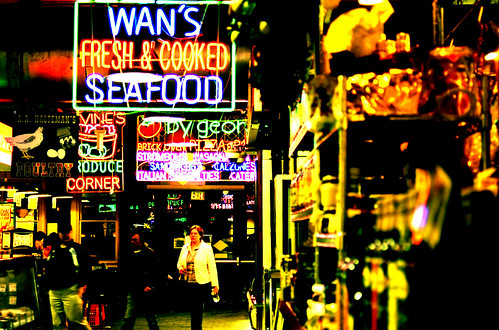 Here’s Gregory Bateson putting it more succinctly, “No organism can afford to be conscious of matters with which it could deal at unconscious levels.”

Consider this in the context of the current crop of gee-whiz augmented reality apps, all of which seem to be about adding animated gee-gaws and whatsits to your world. Peruse the AR category on Beyond the Beyond and you’ll see exactly what I mean.

Slick demo videos imagine a world of pop-ups and data overlays, a 3D always-on firehose of information that you need, or might need, but probably don’t need. Consider this fairly pedestrian vision of people with icons floating all around their heads.

Consider the sheer amount of cognitive load given over to managing social relations in The Guy Who Worked for Money by Benjamin Rosenbaum. Here is the main character, Nera, dealing with the socially networked fallout of an outburst at a party. A friend’s just pulled her “reliability and trust” support. She’s about to lose her job.

In her queue: messages from drive-by ratings advisors, attracted by her sharp plunge. They’d have suggestions for her; probably they’d want her to shift her friendships around, invest in relationships with other narrow-minded ideological assholes like herself. That would improve her numbers. Also in her queue: a lot of private messages from friends worried about her behavior, and a couple of random gig offers. She scrolled to the gold comments in her comment stream. They were from drunk losers who liked the idea of baby hookers, or conspiracy-theory ravings from incoherent, bitter old Thirty-three’ers.

The Guy Who Worked for Money by Benjamin Rosenbaum.

This is the opposite of a cyborg implementation. These are tools that hurt cognition, break concentration, and interrupt flow. Far from leaving us free to explore, to create, to think, and to feel, they keep us trapped to manage, to maintain, to adjust, and to fiddle. It’s my belief that as long as augmented reality continues to demand our conscious attention to gee-gaws and whatsits, it’ll remain forever trapped in the world of novelty and toys.

I look forward to the backlash generation of AR. We don’t need augmented reality, we need diminished reality. I want overlays that keep the irrelevant at bay. I want augments that take care of the robot-problems unconsciously and automatically, alerting me only in the rare case that something truly novel or problematic needs my attention.