But First We Must Send Robots

I was reading this interview with Dr. Story Musgrave on space flight. In it, he drops an amazing statistic. For the cost of the International Space Station, he says, we could have had 300 Voyager missions. 300! 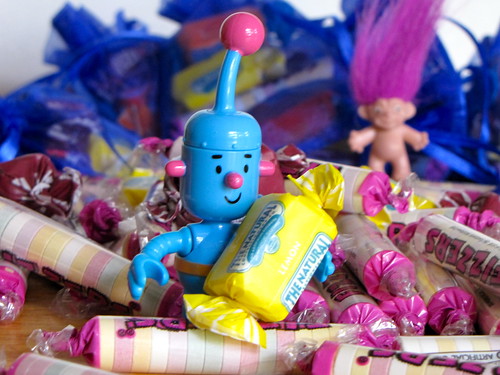 Let’s allow some ideological slop for inflation, increasingly complex machines, and perhaps a secret agenda. How far off do you think the estimate is? 2x? 3x? Even at 100 missions, we’re considering two orders of magnitude more trips than the ISS gives us. Listen, I love the International Space Station. It’s right there on the same blurry boundary between architects and cyborgs that the space program was at 50 years ago. No one enjoyed Bruce Sterling’s Dwell interview about ISS living conditions more than me.

But 300! That’s multiple missions to every planet, moon and pseudo planet (we love you, Pluto!) in the solar system. I don’t buy the argument that human spaceflight is more inspiring than robot space flight. Let’s be honest with one another, which was more exciting? The now routine ISS docking and re-crewing procedures, the corporate drenched SpaceShipOne pseudo-flight, or the life and death struggle of Spirit to stay operational on Mars? Let me give you a hint. Two of those missions do not have a fan fiction LiveJournal, nor did they star in an episode of XKCD.

Let’s discuss the moonwalk. For the overwhelming majority of humans it was a media event, just as remote as the guided missile strikes in Iraq. The dream that one day you too could walk on the Moon? Maybe. Maybe that flew in 1969. It’s 2010 now and most of us are not homeric astronaut demigods. We’re dudes and ladies with robot phones and Wii controllers.

Geoffrey Miller is worried that our increasingly compelling virtual content will drive us down a dead end. Better entertainment systems will keep us trapped on the planet as we get more and more into World of Warcraft or whatever. I have a different theory. What if this stuff is all training?

Generations of gamers are getting used to telepresence. We spend all kinds of time projecting ourselves into imagined distant worlds. Why not into real distant worlds? The US military is miles ahead of the rest of us here. Kids in Vegas patrol the roads of Afghanistan. They change shifts, while the robot remains in the air. It’s far more efficient and the vehicles are much, much cheaper.

The dreamed approach of putting humans back on the Moon and then on Mars. This is a high expense, high stakes, high risk proposition and we have only the dimmest idea of what’s there. I like Brooks and Flynn’s idea. Send the robots first.

Send thousands of robots. Little robots — cheap ones that are disposable. More robots than NASA can manage. Fast, cheap, and out of control.

Want to inspire the kids of tomorrow? Forget the heroic myths. That kind of inspiration is over. “Anyone can be the President.” No they can’t. We all know it.

Instead of some guy or another walking on Mars, how about this: “Hey kids of Middlevale Elementary, our class has booked off Mars Swarm Unit 213.3 for the rest of May. We’ll be directing the explorations of an actual robot on Mars.”

“You mean we get to drive an actual Mars robot?!”

Look, the only reason we know a lot of what we do about the water cycle on Mars is because a robot’s wheel got stuck. There’s so much that we don’t know about the planet that we’re just tripping over discoveries. We can’t help but find out new things. We don’t even know if Mars is the most interesting place to go.

By all means, let’s keep experimenting with the social, architectural, and cultural needs of a human space exploration program. But while we work out how to get a small group of people to live in a tiny enclosed space for months on end without killing each other, let’s spend a bunch more time figuring out where we should send them. Send humans to explore, but send robots first.