There is No Single-Use Lego

This is kind of a weird post, but bear with me. It was my birthday yesterday and I spent the day buying and playing with plastic bricks, so Lego is on my mind. 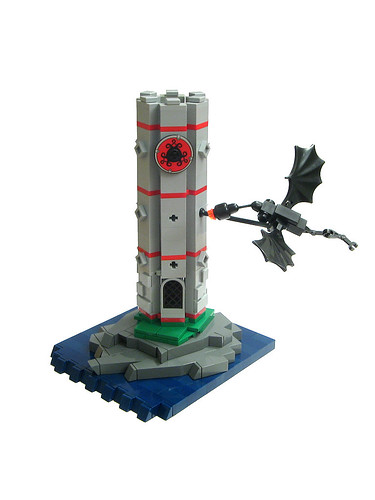 Earlier last month, Jason Kottke posted a story about how Lego has become single use. It’s the sort of golden-era thinking that I promised myself I wouldn’t fall in to, but I ended up nodding along. Yeah, Lego’s too corporate. Lego sold out!

Except that it hasn’t.

Robin Sloan at Snarkmarket shook me out of my false nostalgia with the Tao of Lego. Despite opening by agreeing with Jason, Robin put together a post crammed to the gills with links to amazing repurposing of the supposedly single-use bricks. Want an example? 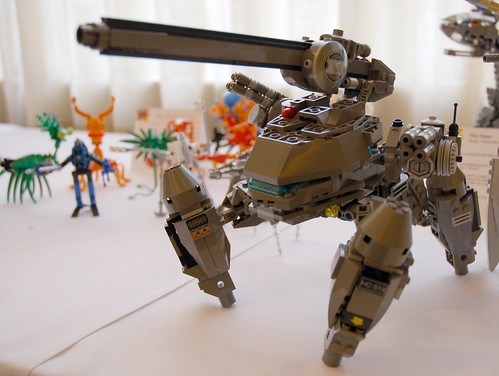 Here’s another. As near as I can tell, those legs are made of Bionicle parts, the least Lego-like Lego I can imagine. 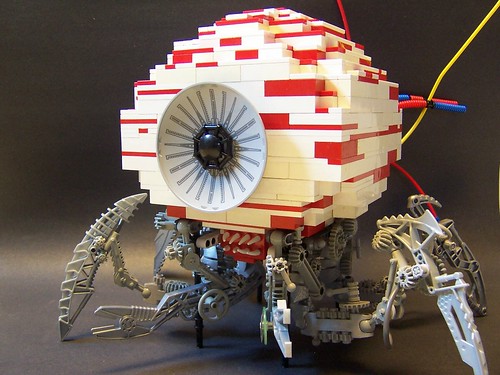 The more I thought about it, the more I realized that the notion that we are playing with “other people’s imagination” these days also falls flat. When I was a kid, there was no Star Wars Lego. But there was space Lego and there were translucent antennae. My brother and I pretty quickly figured out that those things looked a lot like light-sabers. So our little guys had light-sabers.

Childhood imagination is always a combination of other people’s and your own stories. Heck, so is adult imagination. You didn’t think that William Gibson invented Levi’s 501s did you?

This left the final complaint, the idea that it’s hard to find basic bricks. The good news is that this isn’t true either. I got inspired by Robin’s post and a stunning set of structures made by architects using only white bricks. So I went shopping for Lego. The cheapest $/brick kit that I could find was the widely available Builders of Tomorrow basic brick set. Every toy store that I checked had some. 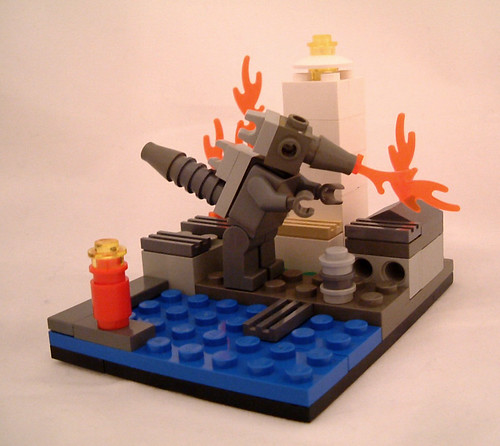 I bought a pile of the standard bricks and — as an experiment — this Star Wars kit to see how ridiculous the pieces were. On the box, it appears to be made of all-kinds of single-use bits. Building it told a different story. The feet of the walker turn out to be the same part as the bodies of the Droids. Some of the joints are re-purposed guns. There are dozens of little clever things so that as you follow the instructions, there is moment after moment of discovery. “Oh, I can do THAT with that part?”

The assumption that the new sets represent a step away from the spirit of Lego says more about the poverty of imagination in those of us sitting on the sidelines than it does about Lego itself. Which is a great relief. 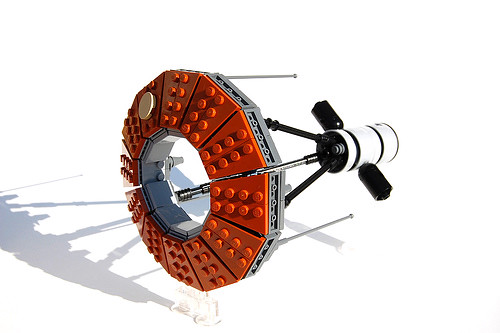