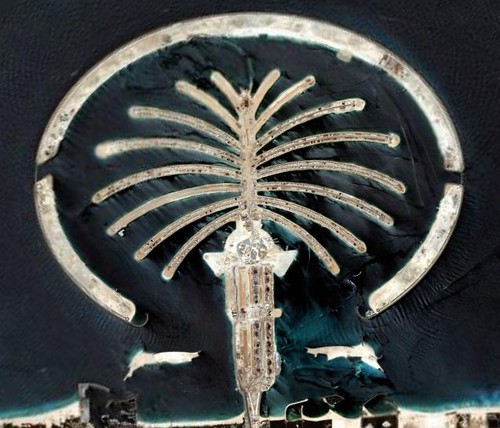 Below emphasis is mine.

2007: Developer ensures islands will be safe from rising sea levels

Nakheel, which is the developer of The Palm islands and The World, says it followed the Intergovernmental Panel on Climate Change’s (IPCC) estimation of a rise of 30cm to 50cm by 2100 when it prepared its plans for the islands. “It goes without saying that both short and long-term [sea level] rises are always considered in the design of Nakheel coastal projects,” said Dr Louay A Mohammad, a scientist with Nakheel.

“The upper end of the range is adopted by Nakheel, which is in line with International Marine and Coastal Structures Design Practices. We are therefore confident that the sustainability of our waterfront projects is ensured in the long term.” The developer, however, did not comment on the recent report from international ocean expert Stefan Rahmstorf, published in the journal Science, which said the increase was more likely to be 1.4 metres by 2100 – nearly triple the IPCC estimation.

Ocean levels have been rising by 3.1 millimeters a year since 2000, a rate that’s predicted to grow, according to the study. The projections of sea levels rising by a meter this century compare with the 18 to 59 centimeters (7 to 23 inches) forecast by the IPCC.