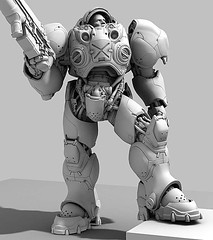 And then someone linked me to the Terran build order. Suddenly, I could defend against an early game rush. I started looking forwards to them. It turned out that most players who joined a NO RUSHING game in order to rush, didn’t have any skills past the first attack — they were relying on the other guy quitting in anger.

Barbados needed to win the game by two clear goals in order to progress to the next round. Now the trouble was caused by a daft rule in the competition which stated that in the event of a game going to penalty kicks, the winner of the penalty kicks would be awarded a 2–0 victory.

With 5 minutes to go, Barbados were leading 2–1, and going out of the tournament (because they needed to win by 2 clear goals). Then, when they realized they were probably not going to score against Grenada’s massed defence, they turned round, and deliberately scored on their own goal to level the scores and take the game into penalties. Grenada, themselves not being stupid, realized what was going on, and then attempted to score an own goal themselves. However, the Barbados players started defending their opponents goal to prevent this.

In the last five minutes, spectators were treated to the incredible sight of both team’s defending their opponents goal against attackers desperately trying to score an own goal and goalkeepers trying to throw the ball into their own net. The game went to penalties, which Barbados won and so were awarded a 2–0 victory and progressed to the next round.