A recurring puzzle of evolution is the persistence of certain entities or behaviours that — at first glance — seem to harm the reproductive fitness of individuals. From the naïve standpoint, an individual worker ant makes a mockery of evolution. They’re sterile; a reproductive dead-end.

One way of conceptualizing the answer is the unit of selection. It’s the idea that natural selection happens at a variety of levels: genes, cells, individuals, groups. When you look at ants, you don’t just look at individuals, you also look at colonies. At the colony level, there is an enormous benefit to specialization. Having thousands of sterile disposable workers lets you do all kinds of things that individually self-interested organisms mightn’t. 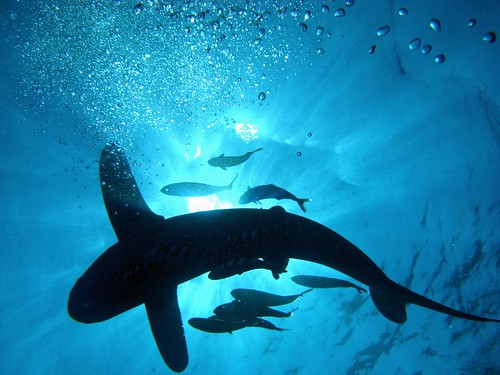 How big do the units of selection get? Family? Tribe? Society? Nation? Civilization?

Consider Stephen Hawking. He’s one of the smartest people around. The beneficial consequences of his discoveries still haven’t been worked out. In any other period of history, he’d be long dead or incapable of communicating his ideas. In a significant portion of our world, he’d be dead. The unit of selection is something like: Stephen Hawking + technoculture capable of building a speech synthesizer and keeping him alive + technoculture capable of benefiting from his insights.

No one knows how to make a pencil, economists like to point out. We rely on a massive network of local expertise and an infrastructure of transportation to pull all the parts together. James Burke’s Connections makes the same point over and over again. The first episode especially so, beginning with a blackout in NYC and proceeding to a fantasy about the collapse of civilization and what you’d need, in order to survive.

The collapse fantasy comes up all over the place. A fear or hope that it’s all spinning plates, liable to come crashing down at any moment. So we bullshit about what we’d do if the zombies come, or we carefully put together our 72 hour survival kits, or we spend weekends in the woods learning “essential” skills.

Gun rights, gardening, anything to help in the great unknown.

From The Texas Survivalist

No one knows how to make a gun, either.

Survivalists fascinate me. They are in effect small groups of people attempting to redraw the borders of selection units. If the broader technoculture is the one by which most of us thrive or perish, serious survivalism is a bet on both the fragility of the larger system and one’s ability to continue past its end. In contrast, someone like me — perpetually connected, mildly asthmatic — won’t even make it to the wall when the revolution comes. The survivalists, meanwhile, expect to be happily ensconced in their compound, building a new authentic life while the rest of us go mad or starve.

The unit of selection is shorthand for a lot of ideas, and the edges of a unit are rarely precise. There is fluidity to definition. Civilization may collapse, but into rival tribes. A tribe might fall apart, while a family goes on. Two tribes might come together while a single loner escapes into the night.

For humans, disconnecting isn’t easy, indeed it may be impossible. In his manifesto, Ted Kaczynski (the Unabomber) considers the problem.

118 Conservatives and some others advocate more “local autonomy.” Local communities once did have autonomy, but such autonomy becomes less and less possible as local communities become more enmeshed with and dependent on large-scale systems like public utilities, computer networks, highway systems, the mass communications media, the modern health care system. Also operating against autonomy is the fact that technology applied in one location often affects people at other locations far away. Thus pesticide or chemical use near a creek may contaminate the water supply hundreds of miles downstream, and the greenhouse effect affects the whole world.

You might feel that society is going the wrong way, Kaczynski argues, but you get very little say in the direction. If a decision affects a million people, you get (on average) a millionth share. And if the decision affects 6.7 billion?

Jamais Cascio has spent a great deal of time looking at the problem of global warming and the possibility of using geo-engineering as a tool to combat the worst of its effects. He’s also considered the fallout from those kinds of actions. There’s the obvious stuff like unintended consequences or uneven effects (say saving the Midwest breadbasket means drought in Cuba). And then there’s conflict over who gets to decide where, what kind, and how much geo-engineering happens.

In this scenario, the leadership of a powerful state might come to believe that:

In short, a powerful state believing itself better-able to adapt to or withstand the effects of global warming might see a persistent advantage to its rivals being hurt by global warming, and slow its decarbonization accordingly.

If all of that sounds ludicrous to you, you’ve probably forgotten about (or never lived through) the Cold War between the US and the Soviet Union.

7 angels with trumpets aside, the Cold War is probably the first time that a truly global unit of selection existed. 40 years is a long time to spend on the hair trigger edge of global annihilation, (we may still be). Though global integration is far from comprehensive, it’s hard to deny that there are more and more causal links all over the world and that they are getting stronger. The usual suspects can parade out at this point: global warming, the Internet, the stock market crash, food security, nuclear warfare, global pandemic, Coca Cola.

What to do? With only one unit of selection, the question of humanity’s survival becomes all or nothing. If you rely on overseas shipping for your food, then even jitters in the market can cause havoc. When the Mayan civilization collapsed, it had no effect at all on events in Europe or Asia. Now, we risk drowning entire islands because of bad decisions made decades ago.

Kaczynski thinks we should tear things down sooner rather than later.

2. The industrial-technological system may survive or it may break down. If it survives, it MAY eventually achieve a low level of physical and psychological suffering, but only after passing through a long and very painful period of adjustment and only at the cost of permanently reducing human beings and many other living organisms to engineered products and mere cogs in the social machine. Furthermore, if the system survives, the consequences will be inevitable: There is no way of reforming or modifying the system so as to prevent it from depriving people of dignity and autonomy.

3. If the system breaks down the consequences will still be very painful. But the bigger the system grows the more disastrous the results of its breakdown will be, so if it is to break down it had best break down sooner rather than later.

Hawking thinks we should establish extra-terrestrial colonies as soon as possible.

“It is important for the human race to spread out into space for the survival of the species,” Hawking said. “Life on Earth is at the ever-increasing risk of being wiped out by a disaster, such as sudden global warming, nuclear war, a genetically engineered virus or other dangers we have not yet thought of.”

Both solutions are aspects of the same approach. When the unit grows in size and power such that a self-perpetrated disaster could wipe out the entire territory, we must either shrink the size, or grow the territory. Either way, the scope of consequences must be limited. Otherwise? They had a name for that in the Cold War: “Mutually Assured Destruction.”

At this point, any number of post-humanists might pop up and point out that extinction might not be the end.