This piece is a guest post by Kevin Kelly, who amongst many other things was the first Executive Editor of Wired magazine. It is adapted from his forthcoming book What Technology Wants.

The deep union of ourselves with our inventions is not new. If a cyborg means a being that is part biological and part technological then we humans began as cyborgs, and still are. Our ancestors first chipped stone scrapers 2.5 million years ago to give themselves claws. By about 250,000 years ago they devised crude techniques for cooking, or pre-digesting, with fire. Cooking acts as a supplemental external stomach. Once humans acquired this artificial organ it permitted them to evolve smaller teeth and smaller jaw muscles and provided more kinds of stuff to eat. Our invention altered us. 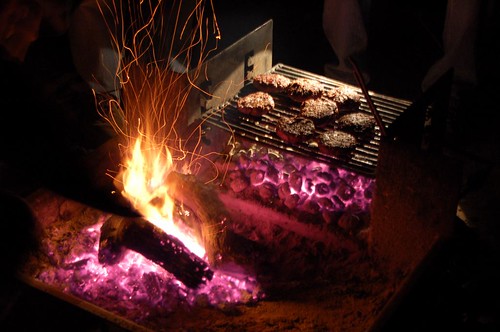 We are not the same folks who marched out of Africa. Our genes have co-evolved with our inventions. In the past 10,000 years alone, in fact, our genes have evolved 100 times faster than the average rate for the previous 6 million years. This should not be a surprise. As we domesticated the dog (in all its breeds) from wolves and bred cows and corn and more from their unrecognizable ancestors, we, too, have been domesticated.

We have domesticated ourselves. Our teeth continue to shrink (because of cooking, our external stomach), our muscles thin out, our hair disappears. As fast as we remake our tools, we remake ourselves. We are co-evolving with our technology, and so we have become deeply dependent on it. If all technology — every last knife and spear — were to be removed from this planet, our species would not last more than a few months. We are now symbiotic with technology.

We have rapidly and significantly altered ourselves and at the same time altered the world. From the moment we emerged from Africa to colonize every inhabitable watershed on this planet, our inventions began to alter our nest. Sapiens’ hunting tools and techniques had far-reaching effects: Their technology enabled them to kill off key herbivores (mammoths, giant elk, etc.) whose extinctions altered the ecology of entire grassland biomes forever. Once dominant grazers were eliminated, their absence cascaded through the ecosystem, enabling the rise of new predators, new plant species, and all their competitors and allies, surfacing a modified ecosystem. Thus a few clans of hominids shifted the destiny of thousands of other species. When Sapiens gained control of fire, this powerful technology further modified the natural terrain on a massive scale. Such a tiny trick — burning grasslands, controlling it with backfires, and summoning flames to cook grains — disrupted vast regions of the continents. And of course once we altered savannahs and prairies, they altered us.

Every species in the six kingdoms, which is to say every organism alive on Earth today, from algae to zebra, is equally evolved. Despite the differences in the sophistication and development of their forms, all living species have evolved from predecessors for the same amount of time: four billion years. All have been tested daily and have managed to adapt across hundreds of millions of generations in an unbroken chain. 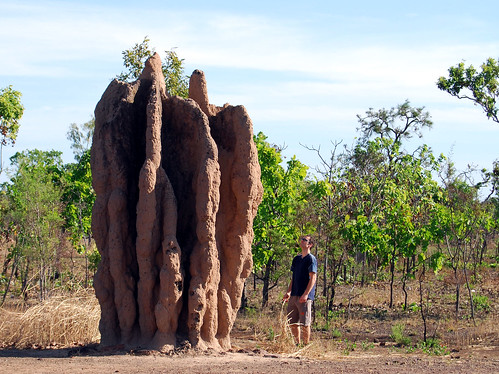 Many of these organisms have learned to build structures, and those structures have allowed the creature to extend itself beyond its tissue. The hard two-meter mound of a termite colony operates as if it were an external organ of the insects: The mound’s temperature is regulated and it is repaired after injury. The dried mud itself seems to be living. What we think of as coral — stony, treelike structures — are the apartment buildings of nearly invisible coral animals. The coral structure and coral animals behave as one. It grows, breathes. The waxy interior of a beehive or the twiggy architecture of a bird’s nest works the same way. Therefore a nest or a hive can best be considered a body built rather than grown. A shelter is animal technology, the animal extended.

The extended human is the technium. Marshall McLuhan, among others, noted that clothes are people’s extended skin, wheels extended feet, camera and telescopes extended eyes. Our technological creations are great extrapolations of the bodies that our genes build. In this way, we can think of technology as our extended body. During the industrial age it was easy to see the world this way. Steam-powered shovels, locomotives, television, and the levers and gears of engineers were a fabulous exoskeleton that turned man into superman.

A closer look reveals the flaw in this analogy: The extended costume of animals is the result of their genes. They inherit the basic blueprints of what they make. Humans don’t. The blueprints for our shells spring from our minds, which may spontaneously create something none of our ancestors ever made or even imagined. If technology is an extension of humans, it is not an extension of our genes but of our minds. Technology is therefore the extended body for ideas. 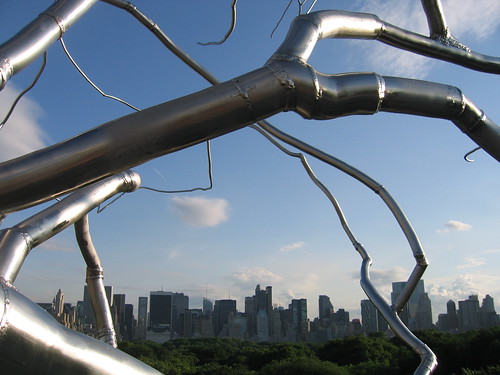 We have domesticated our humanity as much as we have domesticated our horses. Our human nature itself is a malleable crop that we planted 50,000 years ago and continue to garden even today. The field of our nature has never been static. We know that genetically our bodies are changing faster now than at any time in the past million years. Our minds are being rewired by our culture. With no exaggeration and no metaphor, we are not the same people who first started to plow 10,000 years ago.

The snug interlocking system of horse and buggy, wood-fire cooking, compost gardening, and minimal industry may be perfectly fit for a human nature — of an ancient agrarian epoch. But this devotion to a traditional way of being ignores the way in which our nature — our wants, desires, fears, primeval instincts, and loftiest aspirations — is being recast by ourselves and by our inventions, and it excludes the needs of our new natures. We need new jobs in part because we are new people at our core.

We are different physical beings from our ancestors. We think differently. Our educated and literate brains work differently. We know that literacy changes how our brains work. More than our hunter-gatherer ancestors, we are shaped by the accumulating wisdom, practices, traditions, and culture of all those who’ve lived before us and live with us. We are cramming our lives with ubiquitous messages, science, pervasive entertainment, travel, surplus food, abundant nutrition, and new possibilities every day. At the same time, our genes are racing to keep up with culture. And we are speeding the acceleration of those genes by several means, including medical interventions such as gene therapy. In fact, every trend of the technium — especially its increasing evolvability — points to a much more rapid change of human nature in the future. Curiously, many of the same traditionalists who deny we are changing insist that we had better not.

Clearly, we are self-made. We are the first technology. We are part inventor and part the invented. We have used our minds to manufacture our selves and thus we humans today are the first cyborgs. We have invented ourselves. And we are not done yet.

This is one of 50 Post About Cyborgs a project commemorating the 50th anniversary of the coining of the term.