Earlier this month, Cisco’s cannily constructed marketing phraseology ignited a fire in my corner of the Internet. Dozens of friends and loved ones linked to “Cisco wires ‘city in a box’ for fast-growing Asia.” 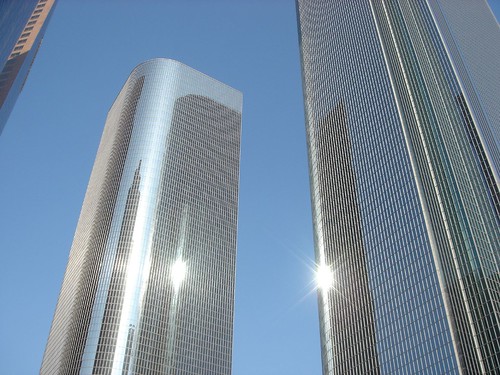 Everything about the marketing of New Songdo City feels like a crazy Paleo-Future-esque throwback to the 1950s with updated stock photography. Gale International’s Google search result tagline is, no joke, “Building Tomorrow’s Communities Today”.

The very idea of a city in a box seems to have been ported whole cloth from an era of TV dinners, robot helpers, inflatable furniture, and convenience at the touch of a button. It denies a need for contextual development, or responses to local conditions. This is the machines for living and the mass manufactured utopian nightmare that we are meant to have left behind.

The city itself is explicitly a generic anyplace.

Songdo IBD boasts the wide boulevards of Paris, a 100-acre Central Park reminiscent of New York City, a system of pocket parks similar to those in Savannah, a modern canal system inspired by Venice and convention center architecture redolent of the famed Sydney Opera House.

Songdo IBD A Master Plan Inspired by the World

It feels like the only place that isn’t mentioned is the country that the city will call home — South Korea.

It’s a project reminiscent of EA’s Spore, a game which culminates in you choosing a ‘civilization architecture’ and then then flying around the universe launching seed colonies that all grow up to look the same (local conditions are only respected in that if you build the city underwater or in a poisonous atmosphere, a dome covers the works).

It’s the architecture of glossy globalism, the glittering light side of Baudrillard’s patio. It’s the consistent dream of every major franchise and perfectly appropriate to the bland abstracted face of international business. It’s BLDGBLOG’s Thirteeth Room re-conceived on a massive scale.

You can picture a William Gibson or Douglas Coupland novel; the overstressed, underslept protagonist proceeds in a haze from city to city, complaining about how all airports and hotels look the same only to find themselves in an entire city that looks the same. Have they gone mad? They’ve never been here before, they’re certain of this. But they have been. They know every street corner, every by-way. They can direct the cab driver better than the GPS. 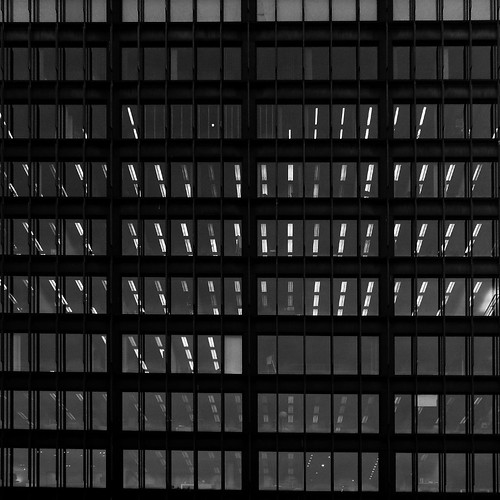 What about a globe-hopping sci-fi detective novel? A case sends our hero across borders. He’s ostensibly on unfamiliar ground but he knows where the dive bar where someone very much like his regular contact will be. He can find the right chop shops and has a pretty good idea of where the dealers will be, which neighbourhood will have the right kind of corrupt cops.

The effect, useful at first, becomes maddening. Identity begins to shift and blur. He knows passwords for underworld watering holes he’s never been to. He can’t remember if the dame he’s seeing now is the same as one who hired him in the first place.

In an airport lobby, he meets someone very like himself who claims he’s investigating a crime with details that eerily match our hero’s. Is it the work of a serial killer? A copycat? They pool resources.

His GPS starts going on the fritz, and it keeps showing him in different countries. He gets into scrapes, he’s beaten to unconsciousness and when he wakes up he’s not sure what continent he’s on anymore. He stumbles through the tourist district asking if anyone can tell him. No one seems to know or care.

In a hotel he’s sure he’s been to before with staff who don’t recognize him, he confronts his partner. Who is he anyway? How does he know so much about the murders? A strange coincidence that they should just meet. His partner shows him a newspaper, another murder in another city, very much like theirs but ten years before. The first city, the pilot program. It was all hushed up.