The Unbearable Lightness of Things

A little while ago, I got a new iPhone. You wouldn’t know it to look at it. It’s not an upgrade or anything, just a repair job turned replacement. It looks and behaves the same as my old iPhone except that whatever was wrong with the screen on the old one isn’t on this one. The process was painless — I went in, they looked at the phone, handed me a new one and then I went home and re-loaded all the data. 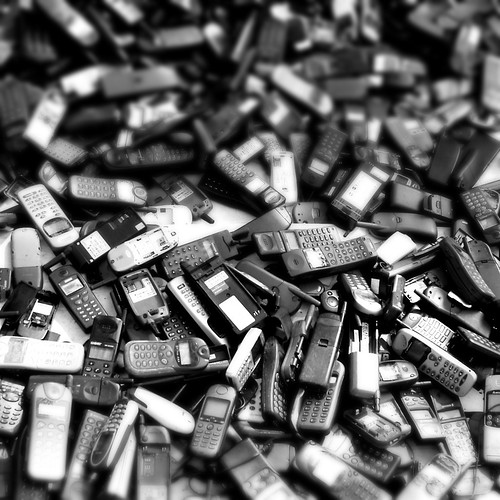 A good back-up/restore scheme changes your relationship with your gear. It changes a computer from heirloom to container. The loss, theft or destruction of hardware is transmuted from a crisis to an expensive inconvenience.

This isn’t new. We’re used to disposable containers and windows. Glasses are only useful insofar as they hold water, TVs only insofar as they display shows. No one has ever cried because an Ikea tumbler got smashed. Dropping a plasma screen down the stairs is an costly stumble, but not a crippling one.

There’s the obvious list: music, movies, books, newspapers. The digitization of these things has provoked a crisis in every industry that’s been touched and it’s coming for more. Think music piracy was a sea change? Wait ’til you see the casual piracy of clothing, cars, plants, and animals.

Beyond the well-worn questions of intellectual property, authenticity, and how to keep creators fed, there’s a lot going on. Consider “personal data” for a second. Not insurance records and banking info, but all of the things that used to be family possessions, which have become files. Consider the twin marketing features of durable and disposable, mirror virtues that we keep cramming into single objects. Think about cloud computing, 3d printing, and nomadic restaurants.