This has been a weird week. I’ve spent much of it reading things by people smarter than me who have — for want of a better word — scooped me on ideas that I’ve been tossing around for awhile. 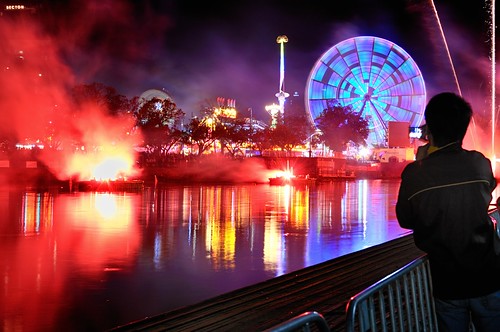 Examples? Matt Jones’s The City is a Battlesuit, which ends on the subject of Jack Hawksmoor, a character I have been obsessing about for the past two months, collecting snippets and ideas but never pulling anything together. No need to now, Jones’s article is excellent and I commend it to you gladly.

Discovered today that BLDGBLOG scooped me by SEVERAL YEARS on the idea that parts of cities might need to go fallow in order to leave room for renewal. Check out this excellent interview with Jeff VanderMeer in which exactly this idea is explored admirably. Recommended reading.

As I write this, I am on a train zooming to Montréal. I wasn’t for awhile. For awhile I was on a train stranded on the tracks, while an accident involving a freight train and a fatality was being cleared up the line. This has had a chilling effect on the post I was working on, about how train travel seems pleasant and leisurely. This is a telling thing, I reflected, given that less than a century ago, thinkers were bemoaning the hustle and bustle brought on by trains. But now someone’s dead and I get a 50% discount on my next train ticket.

Primer is an excellent movie. Have you seen it? I think that you should. It’s very convincing low budget science fiction. It’s about nerds in their garages working on things, too busy poking towards a breakthrough to bother ensuring that the audience can keep up. You piece together the jargon and the series of discoveries (How hard is this? Roger Ebert and I disagree about just about every detail of interpretation in his positive review of the movie). It feels very real. It feels like the excitement and frustration of a start-up. I won’t say too much more about this, except for the genius insight that world-changing and breaking technology often comes from geeks who don’t know any better. Watch it. You’ll see what I mean.