How Deep Do Cities Go? 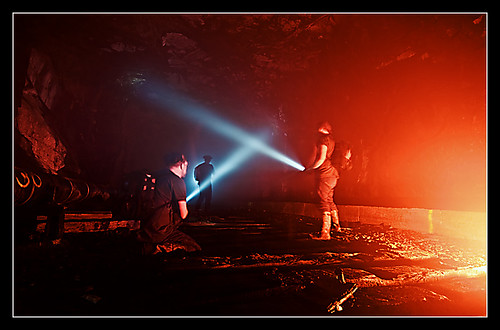 Here's a Pair of Questions

A few days ago, I asked these on Twitter and after a bunch of smart-aleck replies, got two candidates for deepest city infrastructure.

Did you get an city depth answer? There’s a qanat in Iran that’s 1,200ft deep.

Although Sam’s answer is deeper, I’m unsure about whether it gets counted on the technicality of the mine happening to be inside city limits, where Heather’s is a piece of infrastructure necessary to day-to-day operation of the city (qanats are really neat, by the way).

No one had an answer for how deep cities tend to be on average.

The Depth of Cities

It’s easy to forget about the depth of cities. For the most part, buildings look like they are perched on the surface. Sure, in the back of your mind you know that there’s a foundation and a sewer system, but that’s not really felt.

Then you’ll turn a corner and see a pit where they are laying the foundation for a new skyscraper, or you’ll glance into a grate as you walk along the sidewalk. Maybe you’ll step onto an escalator in a subway station, or late one night, wandering with friends, you’ll explore an underground parking lot. And it will go down, down, down. You’ll experience vertigo at ground-level.

Every city has a sprawling network of sewers, caves, tunnels, foundations, subways, walkways, and lost infrastructure. How many layers? How deep do they go?