In the dream, I had managed to get invited to one the sessions of the Quarantine studio that BLDG BLOG and Edible Geography were running in New York. City of Sound’s Dan Hill (who I’ve never met, so apologies Dan, for bringing you into this) had the floor and he was engaged in a spirited discussion with Nicola Twilley about how the Internet could be an infection vector if the disease was aural. 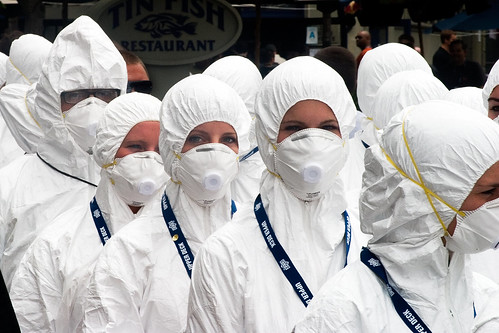 When I woke up, I started thinking about Pontypool and memetic infection. At around the same time, Robin Sloan posted:

There are times when North Korea’s régime seems like someone read 1984 as a how-to manual. The building that is frequently edited out of photos. The assertion that things are worse everywhere else and that Americans are to blame for everything that goes wrong. The simulacra village with the world’s tallest flagpole. The logic of the dominant régime: control history, control what seems possible, control the future. 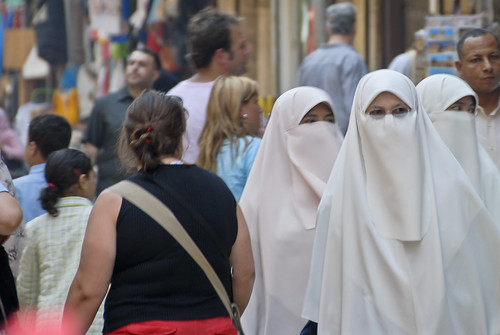 I’m reminded of the myth we tell ourselves about Coke and blue jeans bringing down the wall 20 years ago. MTV showed people the glamorous Western lifestyle, the story goes, and people came to demand that life for themselves. They saw what we claimed we had and they compared it to what they didn’t have.

The fascinating thing about this story is that the infection is a side-effect. In fact, it only works as a side effect. When we see the pomp and circumstance of a military parade we know that we are supposed to be impressed. We also know that someone is going out of their way to impress us, which makes us suspicious. We think they’re exaggerating or hiding something.

The reason that MTV and pirated DVDs are so much more potent than staged displays is that the wealth (ignoring rap videos) is incidental. The message is: We have these nice things and it’s so commonplace that we can’t be bothered to mention it. We made these for ourselves, and you are listening in on our cultural conversation. The stuff you learn by eavesdropping must feel more authentic and believable than the stuff they are spouting on Radio Free Europe. This isn’t wealth over here in our culture. It’s just basic living. This is like a cultural germs part of Guns, Germs and Steel. Of course, not many of the people over here actually live like the people on TV.

(An aside: There is a tension between the environmentalist rhetoric that we’d need 6 earths to live like North Americans and the story that it was conspicuous western consumption that brought down repressive regimes. As if we sold out our future selves to dangle the carrot of democratic civilization in front of everyone else.)

I’d like to know more about the (possibly exaggerated) Amish rites of passage depicted in Devil’s Playground. The story is that during adolescence, Amish youth have a period where they go a little crazy. They are released into secular North American society, and may experiment with cars, modern clothes, sexual relationships, tobacco, alcohol, and drugs. Most end up returning to the church.

This is an almost perfect reversal of the slow erosion of values. Instead of a long period of small doses, these kids are dropped totally unprepared into an alien culture. They arrive lacking defences, context, or tools to handle a different set of norms. Unsurprisingly, most have a terrible time and gratefully return home, no doubt convinced that the alternative is clearly inferior (and probably baffled at why the rest of us live that way). Like an inoculation, the culture preserves itself not through avoidance, but through strategic exposure to the competing options.