The Prediction is that People Forget 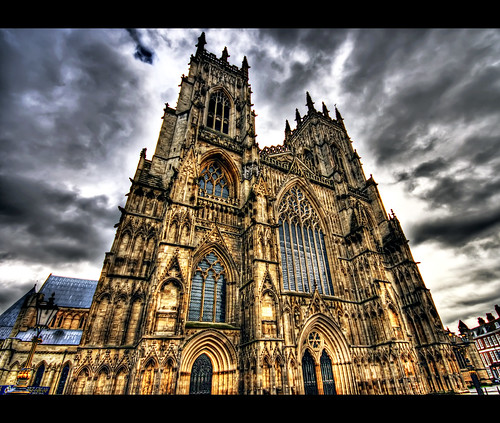 In 1990, Neil Postman gave a talk at a meeting of the German Informatics Society called Informing Ourselves to Death.

The speech has been held up as an important counterpoint to the general technological gee-whizzardry of publications like Wired. I bring it up now, because 18 years after the speech was given, we have some hindsight.

It’s worth remembering what was happening in 1990. Computers were on the rise, but there wasn’t much of an Internet to speak of. The first version of the World Wide Web would not go public until 1991. Windows 3.0 had just been released in May. Apple was on System 6.0.5 for the Mac. Laptops and desktops looked like this.

It is in this context that Postman says:

In the case of computer technology, there can be no disputing that the computer has increased the power of large-scale organizations like military establishments or airline companies or banks or tax collecting agencies. And it is equally clear that the computer is now indispensable to high-level researchers in physics and other natural sciences. But to what extent has computer technology been an advantage to the masses of people? To steel workers, vegetable store owners, teachers, automobile mechanics, musicians, bakers, brick layers, dentists and most of the rest into whose lives the computer now intrudes?

And why are computers failing to offer advantages to regular people? There is so much information that regular people no longer find the world comprehensible. This, says Postman, began in medieval times.

There was a time when information was a resource that helped human beings to solve specific and urgent problems of their environment. It is true enough that in the Middle Ages, there was a scarcity of information but its very scarcity made it both important and usable. This began to change, as everyone knows, in the late 15th century when a goldsmith named Gutenberg, from Mainz, converted an old wine press into a printing machine, and in so doing, created what we now call an information explosion … The printing press began that age, and we have not been free of it since.

But what started out as a liberating stream has turned into a deluge of chaos. … Everything from telegraphy and photography in the 19th century to the silicon chip in the twentieth has amplified the din of information, until matters have reached such proportions today that for the average person, information no longer has any relation to the solution of problems.

Consider the failure of US intelligence to predict the September 11th. When it was over and they were sifting through the material, all the information that they needed to figure out what was happening was available. It was hidden in plain sight by being part of an insanely enormous field of data. The issue was not a lack of information, it was a lack of the right kind of organization and perspective.

The term that geek workers use for this is “the firehose”.

Postman recalls fondly the time before the information age, when people were blessed with certainty.

There existed an ordered, comprehensible world-view, beginning with the idea that all knowledge and goodness come from God. What the priests had to say about the world was derived from the logic of their theology. There was nothing arbitrary about the things people were asked to believe, including the fact that the world itself was created at 9 AM on October 23 in the year 4004 B.C.

Pay special attention to this next bit:

The medieval world was, to be sure, mysterious and filled with wonder, but it was not without a sense of order. Ordinary men and women might not clearly grasp how the harsh realities of their lives fit into the grand and benevolent design, but they had no doubt that there was such a design, and their priests were well able, by deduction from a handful of principles, to make it, if not rational, at least coherent.

The argument here is that if the information available in the middle ages was wrong, at least there wasn’t too much of it. With no conception of a way that we could better organize information and the fear that computers will be hard for regular people to use and you can see his concern. It’s at this point that his talk falls flat on its face.

Certainty is NOT a good if you are WRONG.

Postman should have been calling on the people making computers to make them better at processing, sorting and handling information. In a world with an abundance of information the solution is not wishing there was less, it’s in wishing that there were better ways to organize it.

Postman seems to miss this entirely.

Luckily, others did not. Instead of a firehouse, we have Digg, Yahoo! and Google. Instead of ivory towers of data for the few, we have Wikipedia and Gapminder. Instead of top down news organs, we have Ushahidi and IMC. As time went on the trend moved towards more powerful and more accessible tools for dealing with the deluge.

The critical lesson here is that in 1990, most people still didn’t have a faint fucking clue about what computers would mean in a mere 10 years. The consequences of Moore’s Law (coined in 1970) were not being taken on board. This is Postman’s biggest failure, the failure of imagination to understand what it could mean to common people that computers would double in power every 2 years, effectively driving the price of processing power down to free ($100 Laptop!).

I have a printing press in my bedroom (when I had a bedroom)! I have a AV broadcast station on my lap. I can MAKE MOVIES with about $3000 worth of equipment (and next year it’ll be cheaper). I can do my own accounting and I have screen savers, SCREEN SAVERS, that process vast amounts of data in an effort to fold proteins!

The saddest thing about Postman is that he approaches the whole question of human history as an endless conflict between winners and losers as a result of each technological change. It’s as if I showed him an automatic drilling machine and he complained that all the people who used to dig mines were losers because they were out of a job, instead of winners because they no longer had to GO DOWN INTO A MINE.

I would MUCH rather be middle class in modern times (or even lower class) than ruling class in the 1400s and I say this knowing that on my Grandmother’s side of the family, there’s a castle somewhere. I am literally wealthier than the wealthiest medieval king across almost every measurement of wealth that you can think of. I will live longer, I can travel further, I can remember more, I eat better food (and have access to more of it), my house is more comfortable, and I have access to equipment and abilities far beyond his wildest dreams.

When Postman tells the story of the Benedictine monks and their devotional clocks, he anticipates his own failure of imagination. The point of his story is that with technological changes come unintended consequences. And there he is in 1990, looking at computers, seeing only benefits for large institutions, projecting forwards only benefits for large institutions, missing the possibility of unexpected changes for everyone else.

I’m glad he was wrong.