Ideas are Cheap - Implementation is Costly 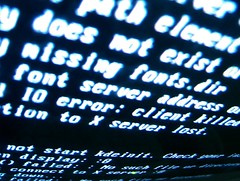 Of the many things I like about James Portnow’s weekly design challenges (and there are many) my favourite thing is the way that it quietly breaks down the oh-so-common myth that good game ideas are hard to come by and need to be kept secret.

It’s stunningly common in the industry for people to try to hide ideas. I used to interview candidates for an entry level positions at the last company where I worked. When it came to talking about game design ideas, so many of them clammed up (and so weren’t hired). They claimed they had ideas, but they didn’t want us to steal them. You see this over and over again on message boards, with prospective designers asking how they can approach a publisher with a new game idea for funding without risking that the publisher will take their pitch document and run.

Here’s the thing. Every company has a massive vault of ideas that they’d like to work on. At Capybara it was an excel spreadsheet with hundreds of entries, which grew every time we had another pitch meeting. There would be 20 ideas of which 5 were good with only 1 slot for a new project. We had a running joke for every good idea on our list: Within 12–24 months, someone would announce that they were making the game. It happened over and over again. Every idea you have, someone else is already working on or has thought about and rejected for one reason or another.

Apparently, George Lucas has people who’s job is to open every letter to him, destroy the ones that have suggestions for improving Star Wars, pass on the rest and then never talk to him. You could argue that he might have been better off if he’d peeked at a few of them but this is so that he can’t ever be sued for accidentally coming up with the same idea as someone else.

Game developers and publishers don’t need your ideas. The limiting factor in this industry is not the rate and which ideas are being produced. It’s the rate at which ideas can be implemented, tested, tweaked polished and shipped.

So I love James Portnow’s design challenges, because they get people to approach ideas the right way, as disposable sparks that need to be examined, explored and subjected to criticism by your peers in order to have any value. Design exists in a context of creation, and the realization of the ideas is far more important than the dreaming of them. We all know what happens to those who forget this truth and start shouting “design is law”.